A year of physical distancing and virtual dependency has brought about many societal realizations and changes. The pandemic’s presence left people turning to virtual worlds as a lifeline– using everything from social media to communication technology to stay connected to loved ones, read up on news and fluctuating safety guidance, and bring enjoyment to our increasingly restricted lives. But our virtual worlds are messy. With more life happening online than ever before, cultural conversations are accelerating the war on misinformation, hate groups, and conspiracies born on the web– which resulted in real world violence as seen during the storming of the Capitol in January. And people are reacting to the shifts. Nearly 6 in 10 (59%) US adults have changed their behavior on social media since the pandemic started.* With unprecedented change, Team TrendSights sought to understand how an evolving online culture is shaping people’s behaviors and feelings. People and brands are confronting the chaos by taking control and ownership of their social profiles, establishing policies to discern the truth, and finding support in online communities. Let’s explore.

As COVID-19 keeps us indoors and apart, people are experiencing a surge of social media use from the good to the bad to the ugly, and behaviors are shifting. To wrangle social discord and preserve mental health, people are exercising Social Control over how, where, and with whom they share ideas and experiences. And they expect brands to play a role. In fact, 75% of US adults believe that social media companies should be regulating online speech to some degree.* Following the Capitol insurrection, various social sites deplatformed groups associated with the mob, stunting future incidents. Other brands made unprecedented moves. Apple and Google removed alt-right social platform Parler from app stores, and Amazon banned the app from its web-hosting service, leading to its temporary take down. Twitter and Facebook, among others, indefinitely banned former president Trump for his alleged influence on the insurrection.

Still, 25% of adults believe these companies are overstepping their bounds, and people are taking matters into their own hands.*  Migration to privacy-focused platforms like MeWe, Gab, and Telegram is happening in the millions. MeWe, an alt-Facebook, grew its user base by nearly 10 million between the start of 2020 and mid-January 2021, according to its CEO Mark Weinstein.

Other people are finding relief by exiting social media altogether, with 8% of US adults stating they’ve left since the start of the pandemic.* High-profile celebs like Meghan Markle and Prince Harry left in 2020 after becoming disheartened by the “hate” they experienced, and more recently Alec Baldwin following controversy over his wife’s heritage. The fact that celebrities are boldly dropping social media, despite career benefits like PR exposure, illustrates the power of social control. People are prioritizing their mental health and sanity over popularity and visibility.

Brands can offer a sense of control, too. A tech brand can collaborate with social media platforms to ease overwhelming feelings by granting people greater control of their feeds. Provide new ways for people to manage their viewing such as designated windows of time to hear from brands and receive ads. The joint effort could help alleviate the tensions driving people offline and instead give people the autonomy to opt into messaging they feel ready to learn about organically.

Despite the best intentions for the new year, people witnessed a tumultuous start that further exacerbated mistrust in people, information, and societal systems. People are urgently calling for the real truth and are taking charge by dropping Truth Bombs that call out failures and expose corruption. In fact, 71% of US adults agree that, “With so much news coming at me every day, it’s hard to know what I can trust.”* And there’s no shortage of lies. A NewsGuard analysis asserts that Americans consumed twice as much fake news in 2020 compared to 2019. Their study reveals that unreliable news sites, defined as those that fail basic journalistic standards of credibility and transparency, amassed 16.3 billion engagements on social media last year – a stark contrast compared to 8.6 billion in 2019.

To combat this, some brands are recruiting misinformation fighters amongst everyday citizens. Twitter recently piloted Birdwatch in the U.S., a crowd-sourced fact-checking project, to efficiently temper fake news’ dangerous effects. Recruited users have the power to flag harmful posts and add course-correcting comments to it, directing readers to valid sources of information. Twitter plans on scrutinizing the vetting process and setting up systems to discourage trolling commentary to maximize the brand’s halo of fact-checking.

Online and offline, people are blasting the hypocrisy that proliferates in American culture. With BLM conversations as an implicit backdrop, Beats by Dre released a truth-dropping ad juxtaposing people’s love of Black culture with their treatment of Black people, garnering over 22 million views on YouTube. By contrasting love for Black artists, style, and fashion, with the nation’s historical and present mistreatment of Black people, the ad asks the central question, “You love Black culture, but do you love me?” With this Truth Bomb, the brand puts viewers in the hot seat for two minutes of challenging self-reflection.

With people’s trust wavering, brands can alleviate frustrations and build it back up. A fashion brand can double down on transparency and elevate people’s true feelings by reimagining the UX of online shopping. Place top-rated helpful product reviews alongside top-of-the-page key info. Using language like “customers know best” or “people like you say” can strengthen trust and convert lower-funnel audiences.

Despite all the turmoil, people are reveling in the plethora of benefits our virtual worlds provide, including belonging and support. People are making their online spaces Wired for We, hardwired for sharing with a heightened focus on collective camaraderie. Thanks to advanced tech, virtual conferencing platforms are safely substituting face-to-face interactions; yet, their limited functions leave people longing for even more connection. To resolve this, some brands are working to transform the video conferencing experience to an interactive social and digital world akin to simulation video games like The Sims. One in particular, Gather, mirrors real life social experiences like walking around the work environment or approaching coworker avatars to join conversations.

For kids, online gaming platforms facilitate community interactions. Roblox, which lets people create and/or co-experience virtual worlds and user-generated games, sky-rocketed in popularity in 2020, averaging 31.3 million daily active users across 180 countries, up from 17.1 million in 2019. Currently, the platform is expanding the ways it can create connections through more IRL social activities like attending virtual birthday parties or concerts with friends.

People are finding human connection through online communities, too. In fact, an August 2020 study from Facebook shows that 86% of people report receiving some form of support from online groups or communities throughout the pandemic. And affinity groups provide refuge with 98% of people feeling a strong sense of kinship within their groups. Outside Facebook, thriving hubs of communal identities and subcultures are found across TikTok, and its algorithm births camaraderie in the millions. #GamerTok, #GothTok and more are virtual support bubbles where community and acceptance are valued. As TikTok influencer Yasmine Summan states, “People need something to relate to and feel included in…these times are so lonely. A subculture offers a second home.”

Brands can foster community online, too. A DTC brand can bring communities together by hosting a fun relatability prompt challenge via Twitter such as, “What’s something you can say post-COVID that wouldn’t make sense pre-COVID?” Extend reach and engagement by sharing the responses on owned channels and having people vote for the top response. Turn the winning quote into custom merch that drives sales. 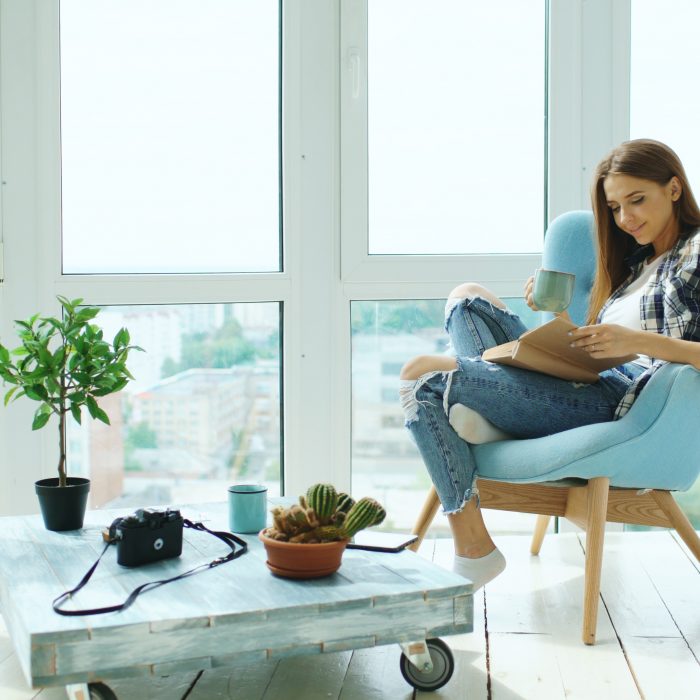 Millennials spend on comforts of home, companies up ante on WFH benefits, and a new wearable helps homebound track emotions and impact on health. 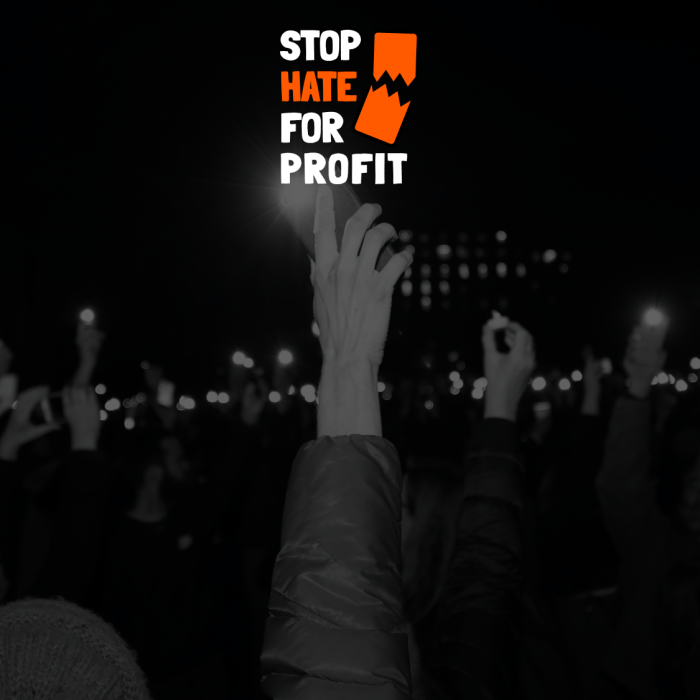 Brands Culture The New Normal
Risk vs. Reward of Participation in #StopHateForProfit 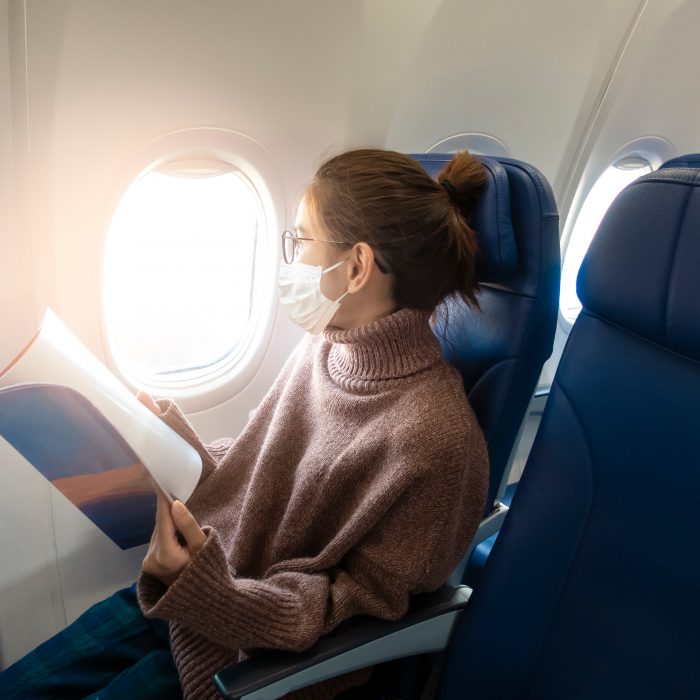 Pulse Check on feelings, reactions, and emotional states, plus deep dive into traveling during COVID-19.